When people hear the words “participatory” and “advertising” together, they typically think digital.

As in ads that invite audience participation through clicks.

But that’s the LEAST powerful kind of participatory ad.

The most powerful participatory ads are ones that force MENTAL participation from the audience.

Ads that cause the audience to connect the dots themselves. To fill in the blanks. To create — and therefore own! — the persuasive messaging.

Hence, Bill Bernbach’s meaning in saying, “When you build a mousetrap, always leave room for the mouse.”

And here’s a perfect example of this advertising strategy beautifully presented by Don Draper on Mad Men:

This same participatory ad strategy goes by many names:

But they all aim to force audience engagement with the ad in order to increase persuasion and believability.

If the ad tells it to you outright, and you just read or hear or see it passively, the message is nothing more than “outside” info coming in, and therefore subject to skepticism.

If the ad spurs you to reach your own conclusion, the persuasion becomes internal and is accepted as true, sans skepticism.

So other than theatre of the mind, which I’ve previously covered, let’s look at each of these techniques a bit closer. To the best of my knowledge, Roy Williams came up with this term when describing the unique “pull” of Robert Franks’ photographs. Notice how your mind fills in what’s just outside of the frame in Frank’s pictures below: Your mind fills in what’s outside of the frame to make the meaning.

Frankly, I think this print ad could have used a headline, too, but that just might be my copywriter bias showing up.

And on that note, it’s important to realize that Frameline Magnetism isn’t limited to the purely visual. For example: 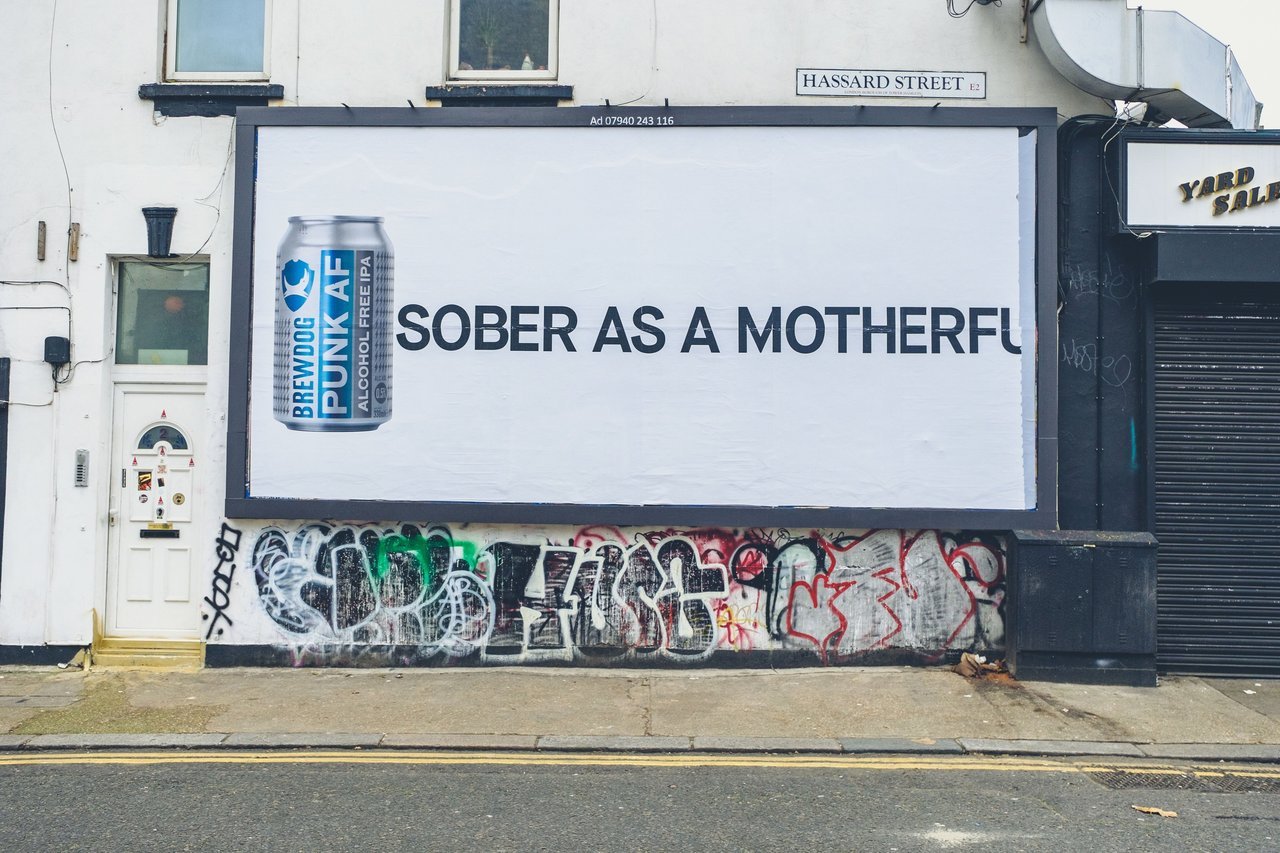 Brewdog Brewing Co. has dubbed their line of Alcohol Free beers as “AF,” relying on Frameline Magnetism to force your mind to “fill in” the meaning of AF, a la text-speak.

And Frameline Magnetism also causes your mind to extend the “Sober as a motherf-“ text past the frame of the billboard.

Going purely verbal, this same phenomenon is typically referred to as either Enthymeme or Closure — arguments or visual narratives that forces the audience to connect the dots and fill-in crucial information. To “get” this billboard, you have to intuit that:

– Meetings suck – No one cares if low-level people stay for the whole meeting – People care very much when a VP or vip leaves a meeting. – The economist is implying that reading their magazine will make you into the kind of VIP that can’t slip out of a meeting without causing a stir.

And because all of that is filled in by your mind, rather than baldy and explicitly stated, it hits like a mach truck rather than a mosquito

Note that the part you have to fill in is much greater than the part that’s stated.

Writer’s will recognize that as Hemingway’s “Iceberg Theory.”

Here’s another classic from that same campaign. Note the “closure” that your mind must make between the quote and the title and age of the “speaker.”

Connect the dots, get the joke, and the persuasion becomes internal rather than external.

It’s a powerful technique. Here are a few more examples from Wonderbra, with the last one paying homage to the Economist ad above: 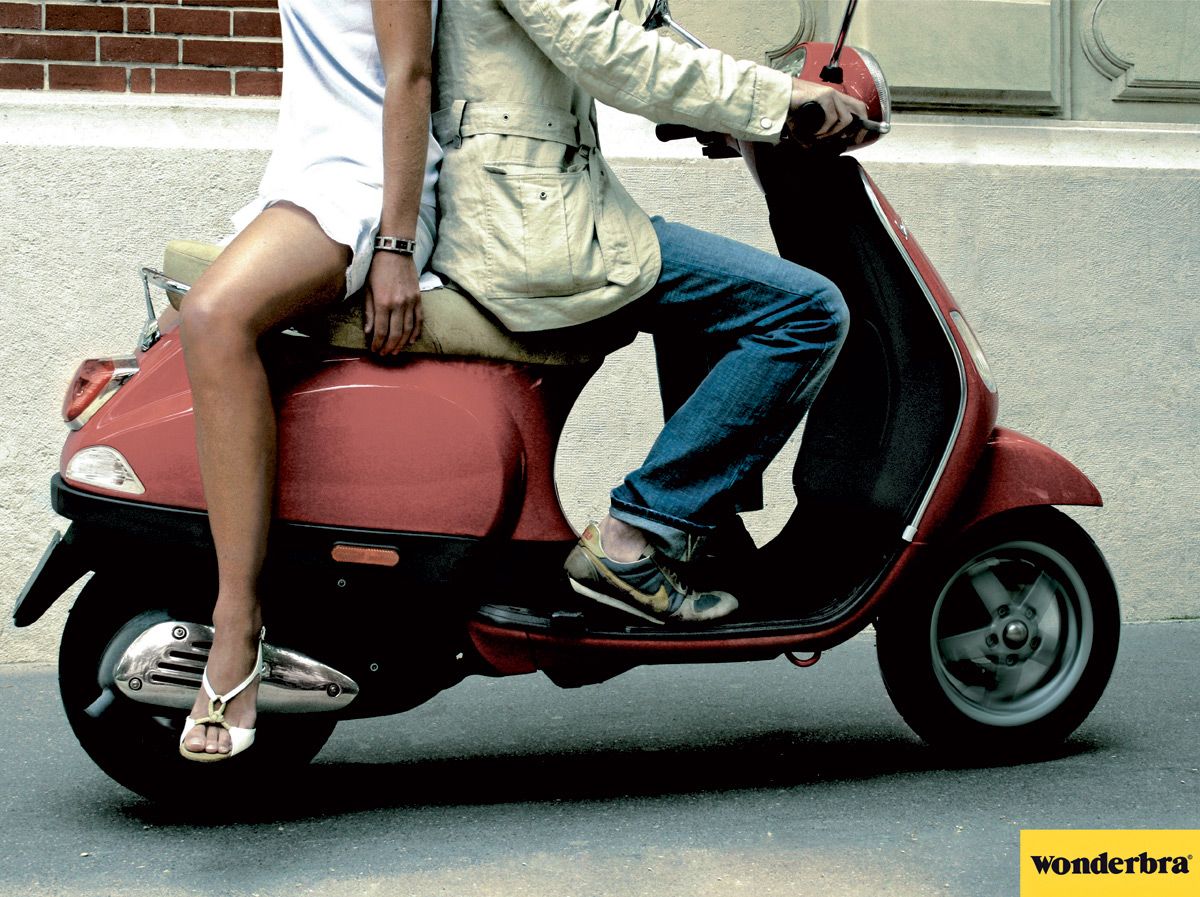 And perhaps that last ad is the most instructive.

Because you can not only mentally “hijack” (or play off of) other people’s ads, you can also do that with your own ads.

You’ve got to make a pattern before you can break a pattern.

So once you’ve made a catch-phrase, tagline, or brandable chunk expected, know that you’ve also made it meme-worthy.

In other words, you can now play around with it.

So get the audience to complete the phrase via Frameline Magnetism or Closure, etc.

Due to coke’s advertising, nobody has any trouble with mentally filling in that blank.

And in fact, it’s better for Coca Cola to have you finish the phrase than for them to do it.

For example, in a radio ad, Coke could fill in the blank with a sound effect of a coke can being opened and poured.

Now you have frameline magnetism and theatre of the mind working for you.

I use Coke as an example, because it’s well known, but you can do it with your advertising too.

And if you’re not sure how, to put this powerful technique into play with your ads, I’d be happy to help.