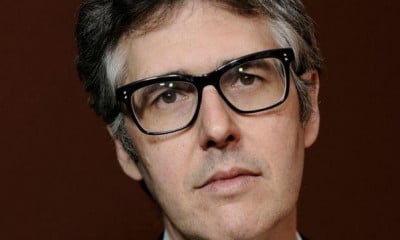 Ira Glass has advice on advertising?

Well… not specifically, but he did do an amazing four-part series on storytelling, and I thought I’d translate his advice to advertising, starting with the first video in the series.

The first video covers Ira’s two basic building blocks of storytelling: the anecdote and the moment of reflection. And in advertising terms, I think these are roughly analogous to Relevance and Credibility. But sticking with storytelling for a moment:

You can see Ira explaining these two building blocks here:

In advertising speak, the narrative is often some interesting factoid or product feature that can then be tied to a benefit, need, or desire.

Or it’s a reality hook that’s tied to an immediate moment of need:

In the case of the factoid, the anecdote provides credibility and, with the associated benefit, some degree of relevance.

In the case of dramatization, it’s 100% relevant, framed in terms of a recall cue. As in, when this event happens to you, remember [our brand promise] Planting a flag on occupied territory involves a fight

The meaning of your brand and the “position” you want in the minds of consumers is usually already occupied, or at least contested, by another brand. Somebody else owns, or is trying to own, what you want because there are only a few positions worth owning. If you want to plant your flag on that piece of mental real estate, you’ve got to remove their flag first. Either steal the land out from under them or fight for it: theft and warfare.

That bunny HAD to keep going and going if it wanted to take “long-lasting” away from Duracell. That bunny HAD to keep going and going if it wanted to take “long lasting” away from Duracell.

Take regular old batteries: the only three qualities people care about are:

And of those three, the only two suitable for branding are “long-lasting” and “reliable.” That’s why Energizer spent gazillions of dollars on that bunny that just kept going and going and going… until it had stolen “long-lasting” out from under Duracell. They could have owned some other attribute with far less effort and expense, but it wouldn’t have been worth owning.

So now Energizer owns “long-lasting,” and Duracell has switched to advertising reliability, simply because it was the only thing left to take that was still worth owning.

The point to all of this is that it’s almost never enough to position your brand; you have to de-position (aka unseat) your competition as well.**

And that positioning-de-positioning dance is what the moment of reflection is all about.

When you mention the fact that your brand does X (and the other brands don’t), you get to frame the meaning of that fact:

We do X because we’re committed to delivering [this benefit]—which means that the other guy simply doesn’t care.

Now the tag end of that statement doesn’t always have to be explicitly stated. In fact, it’s often better to have the audience draw that conclusion themselves. Sometimes, though, it helps to openly call out the competition and rhetorically punch them in the face. But regardless of which way you accomplish it, that bit of de-positioning should be part of your ad.

“When your garage door breaks, call us because we’re [the only service center in this area that is] open 24–7 and have fully stocked trucks capable of fixing your door on the first visit, even at night and on weekends. We’re here when you need us, not just when it’s convenient. [Unlike the other jerks that are only open during business hours]”

But that’s just for one ad. When you start talking branding and positioning, you’re really talking about campaigns.

Chances are, if you do X because you’re committed to Y, then X isn’t the only thing you do.

In fact, you’re probably doing an entire alphabet full of things differently or better than the other guy. Actions that point back to the values that drive your company. And a good ad campaign will frame all those factoids to consistently establish and support the position you wish to claim in the mind of the customer.

So each ad, you raise a factoid (or an Anecdote in Ira Glass terms), and you frame it in terms of this value, or brand position (through a moment of reflection).

And your ads should do all of this while raising questions about why your competition doesn’t do these things and whether or not they really care about the customer at all. Position yourself; de-position your competitors.

Where Most Advertisers Go Wrong

1) They provide no facts, reality hooks, or dramatized moments of need. There is nothing to establish credibility or relevance. They have no anecdote or story, so they come off as boring, irrelevant, and/or unbelievable. In the words of Roy H. Williams, the ad is all cheese and no meat. What most advertisers want to skip to is the framing part, the moment of reflection, where they just openly state what they believe and stand for, and so it comes off as so much solipsistic blah-blah-blah.

2) They try to cram all the facts into a single ad rather than stringing them out into a campaign. When you just list the facts, they lose their dramatic impact, and you’re back to blah-blah-blah land.

3) They state a feature or function—what should be an anecdotal building block—but don’t contextualize or dramatize it. There’s no interest or dramatic force in the fact they give the audience, so it doesn’t translate into relevance or even all that much credibility, either.

4) They attempt to position themselves without de-positioning the brand that already holds that position in the minds of customers. If you claim a quality or position that another brand already owns, you’re really just paying to advertise them—unless you de-position them in order to reposition yourself.

* Yes, eco-friendly or green is another quality people might care about for batteries, but then you’re into the land of rechargeables rather than regular old alkaline batteries. Different market.

** Sometimes you are lucky enough to have no meaningful competition in your category, allowing you to simply claim what you want for a brand position. And that’s a very good thing. Take advantage of it! Also, I’m aware that “de-position” is a legal term, which is why I’m hyphenating the word so as to mean un-position. Thanks for indulging me in this : )

P.S. I’m usually wary of talking about marketing or advertising in terms of war, simply because the analogy doesn’t hold: in war, you can attack the enemy directly. In marketing, you usually can’t; all you can do is persuade the customer. Walmart didn’t kill Kmart. We did when we stopped shopping at Kmart and started shopping at Walmart instead. But the analogy is useful when describing a zero-sum competition. There is only so much market share, customer dollars, and brand positions available. Either you get them, or the competition does. Just keep in mind that the only way to beat the competition is to win the customer.