Most small & medium-sized businesses DON’T get to create branding from scratch. That’s the ignored reality and dirty truth most advertising and marketing advice ignores.

A successful small business that’s survived and even thrived for 5 or 15 years already HAS an identity, history, reputation, etc. So while that business probably won’t have a ready-at-hand Unique Selling Proposition or Purple Cow to provide to the ad writer, it also won’t represent a blank slate either.

So copywriters either have to FIND something remarkable and relevant to write about, or they have to consign themselves to gawd-awful horror of ad-speak: “in business since… with fast friendly service… for all your ____ needs.”

Bottom Line: ad consultants (and owners without advertising help) have to play Iron Chef — they have to whip up that gourmet dish, not from scratch, and not by following a predetermined recipe, but by making use of whatever ingredients are already on hand.

So let me share two practical techniques you can use to make that happen. They might not sound practical, because I’ve given them weird sounding tags like “Philosophize the Action” and “Do the Philosophy,” but they do work, and to quote Murphy’s Laws of Combat: “If it’s stupid but it works, it ain’t stupid.” At any rate, here are the promised steps:

First, ignore whatever the business owner tells you about what she or the business stands for. Ignore the mission statement. Instead, ask the owner what tangible, viewable, verifiable thing or action she insists on regardless of whether they can charge extra for it, or can promote it as value-added to the client. Something they do just because they simply refuse not to do it, or to do it any other way.

Put another way, actions speak louder than words, so focus on the actions. But make sure the actions are motivated by some inner value rather than profit, convenience, etc.

You’d think this sort of thing would be rare — business owners being in business to make money and all, you’d think they’d be loath to put effort into a non-profit making effort or add on — but rather than rare, it’s almost universal; I’ve never not seen it in a privately owned business.

Why is this and why does it matter?

Businesses are owned by people, and people can’t help but express their values. I’ve seen this done by various owners insisting on:

The thing is to dig until you FIND that sort of thing. THEN figure out what values that commitment communicates, which brings us to…

2) Act on the Philosophy 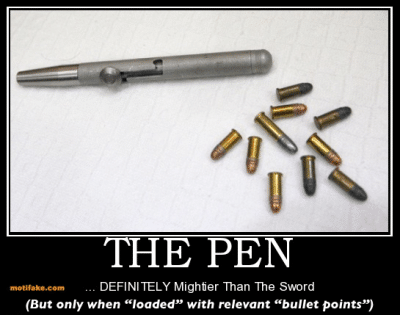 Now that you have seen an action that’s insisted on even when it costs the business owner to insist, you can take that the value that the action expresses and use it to flavor other aspects of his business.

So if answering the phone within 7 rings is the action you dug up, then perhaps the values at play are responsiveness and human warmth. So see if you can’t bake in better responsiveness and warmth — or expressions of the same — into other interactions and touchpoints with the company. For example, a contractor might make a commitment to get quotes out in 24-hours and to provide customers with the names and e-mail addresses of the techs handling their accounts. That sort of thing.

This is different than a from-scratch ingredient because it was already on-hand, even if it was hidden at first — and also because the values are already deeply held by the owner, meaning that the suggestions are more likely to be implemented with vigor than suggestions dreamt up “from scratch.” Meaning that the ads can promise these points of difference with confidence.

Once you’ve gone through step 2, you can now attempt to build some sort of messaging, USP, or campaign around the uncovered value and new points of differentiation.

And you know I’ll make sure to give you an example. So here’s a case study from the Great Tim Miles that perfectly illustrates this technique. Go read it — you’ll be glad you did.

P.S. If you’ve never seen Iron Chef, you should check out this short clip of the opening credits. It’ll explain a lot : )