Learning from Legends: Who Are You Really Talking To?

Learning from Legends: Who Are You Really Talking To? One of the major claims made by Direct Response practitioners is that it’s much more effective and efficient to talk directly and only to the decision-maker for the purchase.

In their minds, spraying out your messaging out to the masses (via mass media) is a waste.

Why do that when you could directly target your ideal customer, at the exact moment they’re ready to buy, and speak only to them?

I’ve previously analyzed the flaws in that argument from a mathematical perspective, but now I’d like to address the psychological flaws.

First, decision-makers never make decisions in a vacuum, as islands unto themselves.

We’re social animals, and many if not most of our decisions are socially mediated.

Husband’s care about what their wives and children think and prefer.

People in general care about what their peers and friends think and feel.

In fact, the signaling value of a purchase can often be its primary purpose. 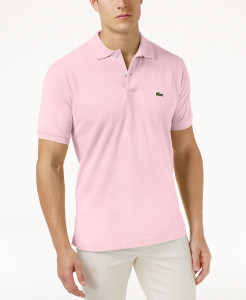 Do you really think people would be so eager to spend $90 or more on a Lacoste Polo Shirt without the famed alligator there?

Or without the world understanding exactly what that alligator symbolizes?

Even in a B2B context, purchasing decisions allegedly made at the very top or often selected from a shortlist compiled by employees several levels down, often with input from not only managers but front-line staff.

And reaching people before they buy is often the magic that makes the persuasion work.

But let’s go a bit deeper than all of that. Perhaps talking directly to the supposed decision maker isn’t even the right thing?

Sometimes talking to them indirectly while talking to an influencer directly is the better path.

Let’s look at a non-famous example of this first, before looking at our legendary campaign in-depth.

Presumably the ad is written to speak to the prospective Nurse Next Door customer — the one who’ll receive nursing care.

But in reality, it’s speaking to the daughter. And saying things to her indirectly that would be hard to say directly.

And it bears emphasizing that the ad speaks to the daughter and not the son, as seen in a later script.

FEMALE: Their care allows me to run the rest of my life, you know, because I have a full-time job and two 16-year-olds who need to go places. Nurse Next Door has taken the burden off of me. There’s really no other way we could have managed it. – Sari

CATHY: Nurse Next Door provides in-home elder care so that your parents can keep living happily at home, and you can have a normal life. And it’s affordable. Caring for people is what we do… because it’s who we are. See for yourself, at NurseNextDoor.com

For research shows that these decisions and arrangements almost always fall primarily onto daughters — even if it is a daughters-in-law — rather than sons.

Understanding who makes and who influences decisions is crucial in the persuasion game, a fact that will take center stage in examining our legendary campaign.

A Closer Look at The Man Your Man Could Smell Like

Unless you were living under a rock back in 2010, you’ve undoubtedly seen this Old Spice TV Ad.

In fact, you probably saw the ad on the internet, maybe even after a friend sent it to you or posted it on social media.

It was that popular. That much of a smash run-away success.

But in case you’ve never seen it, here’s the first ad in the campaign, in all its glory:

And, yes, the ad was not only a creative success, but a sales success, as well, spiking sales of Old Spice body wash by 125% within the first year of the campaign, and placed them as the #1 seller of men’s body wash.

But two things often get lost in the entertainment value of the ad:

So why speak to women about men’s body wash?

Which makes the woman of the house both the de facto decision-maker and the number one influencer.

From that perspective who else would you talk to?
But you can also view this ad as cleverly and indirectly talking to the man through the woman, in ways that would be somewhat awkward if approached directly.

Do you really want to accuse your customer of using lady’s body wash? Or not properly using body wash at all?

By talking to ladies about their man’s shower practices, the guilty parties can self-identify with a need to change without feeling directly accused. Brilliant!

Yet, while the men might not feel accused, they do feel ever so faintly challenged.

Hey, there’s a reason they chose a quintessentially masculine man to play the part, offering “two tickets to that thing you love” inside of an oyster, and then had him finish the ad on a horse.

It’s the same reason the Marlboro Man was a cowboy and not a pastry chef.

In other words, the psychology behind the ad is as brilliant as the production.

So what can you learn from this for your advertising?

And that wraps up this Learning from the Legends post. If you’d like help applying the lessons to your advertising, I’m always happy to help.