The Most Powerful Words Are Unspoken

The Most Powerful Words Are Unspoken

When you say it in your ad, the audience is as likely to dismiss it as accept it. And even if they accept it, it’ll be provisionally, with a healthy dose of salt.

When you cause the audience to say it in their heads, it’s automatically, unquestionably accepted.

It’s THEIR thought, so it’s absorbed completely — even when the audience doesn’t realize they’re mentally picturing or verbalizing that thought.

I recently wrote about Verizon’s “Can You Hear Me Now” campaign.

And what most people don’t recall about those ads, is that the “Test Man” character always said something else a half beat after his iconic “Can you hear me now?”

And in your head, whether you consciously heard it or not, you said “Yes” in between those two things.

Test Man’s one-side of the conversation simply wouldn’t have made any sense unless you supplied the missing side.

In an earlier, pre-COVID campaign, KFC created pictures of finger licking good moments, surrounded by “It’s” and “good” — forcing you to fill in the blanks. 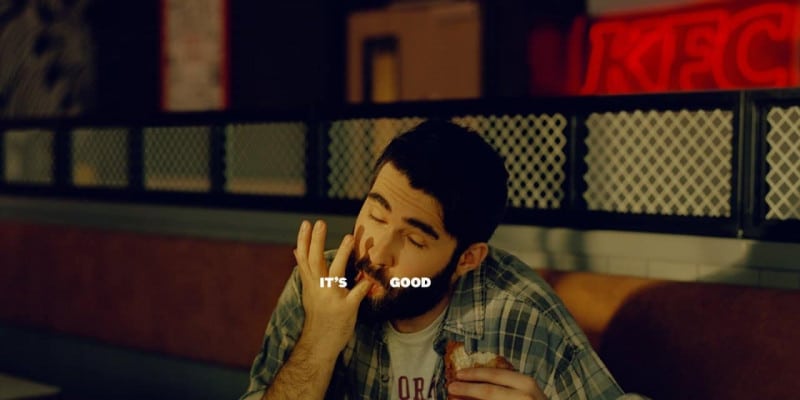 But their pivot in the face of the pandemic is even more clever. Check it out:

By my count, they prompted the viewer to say their slogan and positioning statement seven times.

Then the ad finished off by telling you to ignore the phrase, which is kind of like telling you not to think of white bears.

So what are your customers saying when they hear your ads?