What Matters is What’s Remembered

What Matters is What’s Remembered 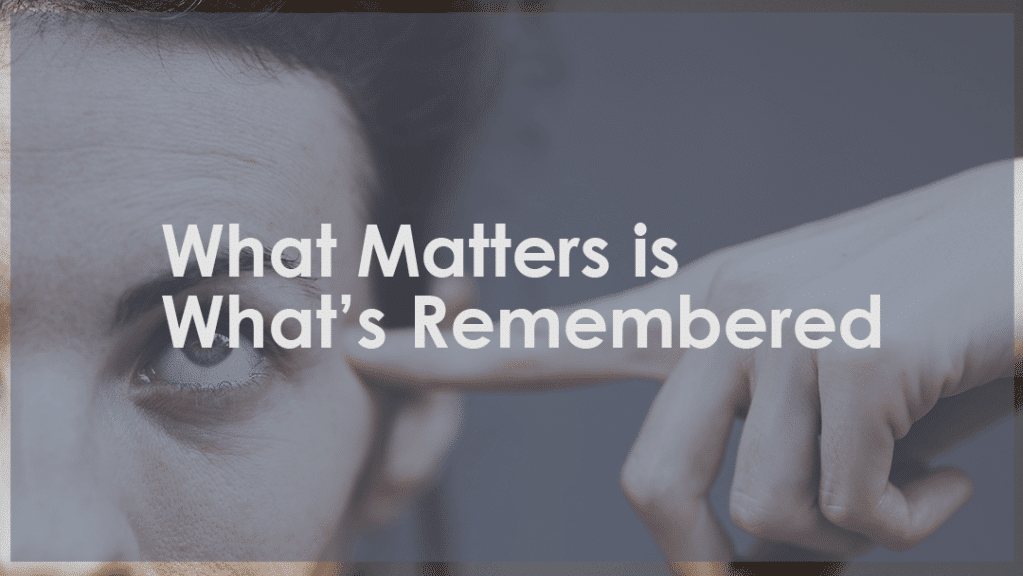 When you advertise, you typically make bullet points of what you “want customers to know.”

“I want people to know I do this, I’m great at that, I offer these things as well as those things, and I’m on Facebook.”

This falls under the folly of trying to “educate” the customer; something advertising simply cannot do. Giving a customer an education so he’ll have no choice but to pick you is as fanciful as it is arrogant.

Building associations takes time and repetition, built on a foundation of something the customer wants. Like your business, both professors did many things and studied a range of topics. But only one is forever connected to the study of conditioned responses.

You can see this play out in advertising with Farmers Insurance, Liberty Mutual, Progressive, Geico, and Allstate. All five companies sell essentially the same thing. But each has decided they want you to associate something specific with their companies.

Geico is for price-sensitive shoppers. No matter what you’re paying now, give them 15 minutes and they can save you 15%.

Progressive played the low-price game by telling you to “name your own price.” But the laws of marketing say that only one company can hold the low-price position, so now Progressive says you can save more when you bundle your insurance. The more you buy from them, somehow, you spend less.

Liberty Mutual, also for price shoppers, is suggesting that the others are selling you too much insurance. So, you should only pay for what you need.

Meanwhile, Farmers Insurance wants you to remember with them, everything is covered. Even the most fantastic calamities. After almost 100 years at it, they know a thing or two, because they’ve seen a thing or two.

Lastly, Allstate’s highly successful “Mayhem” campaign is also about being fully covered. Not only is Mayhem out to cause you physical trouble, but you could get a double dose of Mayhem when you find out your discount insurance doesn’t cover you. But there is distinction. You can tell one from the other. Here’s how it works:

First, your company needs to look like your company. Words, colors, sounds, styles, mascots, spokespeople, fonts, feelings, and attitudes. Be obsessive about this.

Next, your company needs to be associated with something a customer is looking for. “Only pay for what you need,” has an appeal to a specific kind of customer. It was consciously chosen only after considering what the other players were saying and identifying a consumer problem Liberty Mutual can solve.

Lastly, this needs to be a campaign. Consistent and interesting ways to say one useful thing is the only way you can create an association (Dr. Twitmyre says so). You have to have a series of ads that are all connected to each other. They have to orbit a single idea, and the customer has to connect your company to that single idea.

Because in the end, the only thing that matters is what’s remembered.