5-Steps for Using Brand as a Leadership Tool

5-Steps for Using Brand as a Leadership Tool

Effective branding is always based on reality.

It’s based on what the owner actually values and bakes into operations and the customer experience.

[Side note: this is why making the ads should be the last thing your ad consultant does]

But there’s still a certain amount of what I’d call Romancing the Stone involved in a good branding campaign. A certain amount of burnishing the legends as well as heightening and dramatizing the factual into a narrative with the emotional power to compel.

Often times a business owner won’t know how deeply they’ve woven their values into the company, and will never have communicated the “why” behind the “what” or the “how” to their employees.

So while a good branding campaign will sell the company’s story and mythology to the public, it can also help communicate and teach it to employees.

In fact, that’s probably one tell-tale sign of a great branding campaign: it crystalizes the company’s self-identity as much for the owner and his team as to the public at large.

Advertise to and “Evangelize” Your Employees as Much as the Public

This is why you should be playing your ads for your team. Not only so they can know what’s being promised to the public, but to reinforce group identity.

It’s why you should have employees learn and use your Brandable Chunks when communicating with customers.

I’d even go so far as to say it’s why you should include your team in creating your We Believe Statements.

And why there should be a fair amount of overlap between your We Believe’s and Brandable Chunks.

Taking it to the Next Level with KPIs

But if you want to take this all a step farther in leverage your branding as a leadership tool, you’ll have to translate beliefs into the language of number. Because when what’s measured and rewarded contradicts what’s proclaimed as a value, it’s the value — and often enough the company — that always loses.

If you say you believe in 5-Star Service but measure and reward sales and not customer reviews, you’ve got a problem.

If you say you believe in craftsmanship and quality of work in your ads, but you have no way of measuring it or rewarding it, you’ve got a problem.

Hell, even if you can’t put a number on that, you can still have your employees snap pictures of their work and vote on whose work is the straightest, truest, most plumb and nicely finished, right?

What gets measured gets done.

And some things have to be measured in order to be managed.

Everybody measures sales, right? Gotta do it.

It’s what’s optional that also gets measured that determines the character of your organization.

That and HOW you measure the mandatory. There are lot of different ways to measure sales, each with its own qualitative element to it.

Is a tech with a higher average ticket, but fewer overall selling opportunities, and therefore lower total sales, doing a good or a bad job?

Would it change your opinion if his customer reviews were full of raves and 5-stars?

A Word of Warning Before You Begin 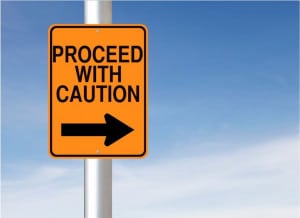 Just a word of warning: when you openly stand for something and share it with your people, you will run into some who:

You’ll have to accept the criticisms of “a” with good grace, and perhaps even take action on that.

For instance, if multiple employees have the guts to tell you that your top sales person consistently sells against your claimed values, what are you going to do?

And you’ll have to either persuade or fire “b” because everyone else will be watching what happens.

If you fire them, shit just got real, and the boss is serious and sincere about all this.

If you let it slide, it’s just more talk coming from the front office.

The good news is that if you encounter this and handle it the right way, it’ll be like someone turned on a rocket booster to your branding, sales, and growth efforts.

It’ll be among the best things you ever did for your company. Just be sure you’re serious about all this before you roll it out.

Boiling it Down to a 5-Step plan

So that’s how you use branding as a leadership tool:

And that’s it. Best of luck on your branding and leadership journey!