Everyone You Know (is a liar)

Everyone You Know (is a liar) 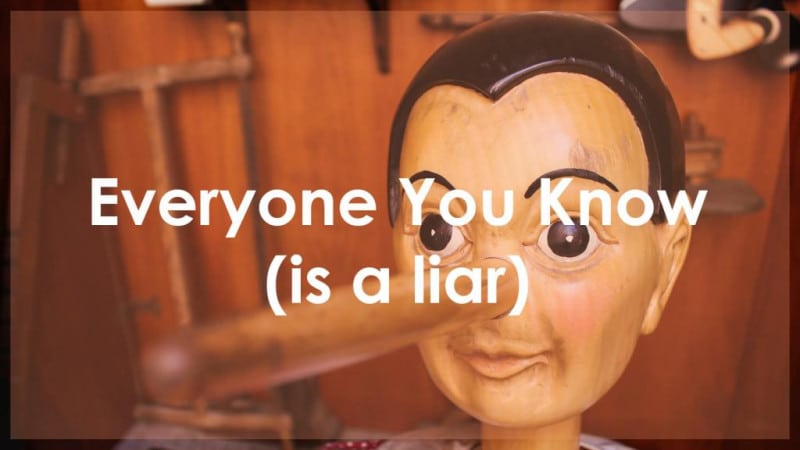 You know people. Columbia University research estimates you know 600 people. About 150 of those you would call “casual friends,” and 50 you know well enough to invite to a dinner party. And Gallup says you probably have about 9 people you’d consider a “close friend.”

You know people. But not many.

Everybody you know is not only a modest number, but people you know are highly likely to have similar values and interests as you.

Statisticians look for something called a “representative sample.” And you don’t have one (no offence, I’m sure you’re a lovely person).

“I don’t know ANYBODY who watches TV.”

The average person spends about 5 hours, 16 minutes watching some form of video each day. 23.2% of that time is spent watching online (YouTube, Facebook, and TikTok accounting for most of it). That number continues to grow each year.

But that leaves over 76% unaccounted for.

Well, EVERYBODY I know watches TV “on-demand.” I don’t know ANYBODY who watches TV live.

Apparently, everybody you know is an anomaly. Because subscription VOD (Video on Demand) accounts for only 11.2% of viewing time.

This means that almost 64% of the time an average person is watching video, he’s watching broadcast TV.

Now, if you clicked on that link, you saw the data came from ThinkBox, a research arm of the TV industry in the U.K. “Bollocks!” you say, in your best British accent.

NOBODY reads the newspaper.

Except for the 69% of the population that does, also according to Nielsen. Yes, that includes newspapers online and their respective apps. But “TV” and “radio” are also coming to you “online” as well.

Oh, did somebody say radio? That 100-year old relic that NOBODY I know listens to?

Except for the 1 hour and 42 minutes each day they do.

Edison Research, another research firm unassociated with any media, tells us we spend about 2 hours 20 minutes listening to audio online each day, and even over 40 minutes of that time is listening to AM/FM radio. About 5% goes to podcasts, 9% goes to satellite (Sirius/XM), and 17% to streaming audio, which would include Pandora and Spotify.

What’s bizarre to me is even after choking on all those numbers, otherwise rational people will insist the opposite is true. Hell, my audio and video habits are opposite of the majority of people in those reports.

This isn’t to promote or dissuade you from where you should advertise. All media can be effective when used properly. I’m media agnostic. I only make more money when my marketing strategies work. I lose money when they don’t.

Beware of anybody who speaks in absolutes. “NOBODY does this…” or “EVERYBODY does that…” isn’t possible. Outside of breathing and going to the bathroom, there’s NOTHING that EVERYBODY does.

Even if you’re one of them.