Reticular Activation – How the Human Anatomy Prevents Ads from Reaching “Everyone”

Reticular Activation – How the Human Anatomy Prevents Ads from Reaching “Everyone” 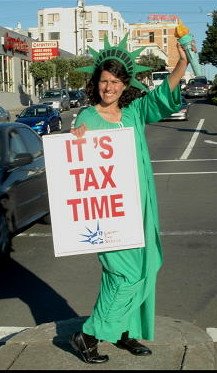 One of the things guaranteed to make copywriters (and to a lesser extent media salespeople) groan is an advertiser who claims he needs to reach “everybody.”

No ad can possibly reach everybody. The human anatomy prevents it. If you have a minute, I shall happily explain why.

Amazingly, most people are not poised in front of their television sets breathlessly waiting to hear of an opportunity to dump the cash from their purses into Mr. Advertiser’s cash register.

Nope. Most people are instead attempting to ignore thousands of radio ads, e-mails, product placements, signs, newspaper and television ads, billboards, matchbook covers, calendars, and the odd Rubik’s Cube with some company’s logo on it.

Out of self-defense, human brains are physiologically prevented from paying attention to things that don’t directly apply to them. And truthfully, most of what they see doesn’t apply.

What does apply to most people? Their kids, plans for the weekend, the empty box of corn flakes, remembering to program the TIVO, getting to the game on time, the in-laws coming to dinner, filing for an extension on the tax return, running late for work, or getting home before “Are You Smarter Than A Fifth Grader?”

They’re eager to find information that will solve their problems, and yet, they’re not paying attention. They see and hear advertising with their eyes and ears, but they don’t consciously notice those ads.

That’s because the human brain won’t let them. Again, let me explain.

The synapses of the human brain fire at different rates during four different mental states. They are: Delta waves trigger the release of growth hormone, which helps the body to heal. This is one reason sleep is critical to the healing process.

Theta states most frequently occur fleetingly as people pass from higher consciousness to deep sleep, or return from it. Theta waves occur during meditation and have been linked to visual and emotional creativity.

The higher frequencies represent more brain activity and require greater energy consumption. Like every other part of the body, brain activity kicks into higher performance only as necessary. The more familiar the activity a person is engaged in, the less conscious activity is necessary.

Most of us have driven to work only to note upon arrival that we have no conscious memory of the trip. Individuals who drive a lot of highway miles frequently find themselves coming up with good ideas as they drive. Daydreaming while driving is an example of the brain in theta state. It’s easily induced by the hypnotic sameness of road markings and sounds.

As long as there are no surprises on the trip, driving to work can also easily produce an alpha state. The driver is relaxed, and the familiarity of the surroundings allows the driver to sing along with the radio, or listen to conversation without planning to respond.

But imagine the car in front of our driver slamming on the brakes. Our driver immediately transitions into a state of heightened awareness, faster reflexes, and instantaneous decision making. This is clearly a beta state of peak concentration. At the top of the brain stem, between the medulla oblongata and the midbrain, is a collection of nerve fibers known as the ascending reticular formation. Activation of this reticular system is necessary for higher states of brain activity. Think of the reticular activating system as a sentry constantly looking out for conditions that require a conscious response. Anything important or relevant snaps the brain into higher states of consciousness, even from deep sleep.

Anyone who’s moved to a home near the railroad tracks has been awakened by a train passing late at night… for the first few nights. While the loud noise is unusual and potentially threatening, the reticular system jerks the brain from deep delta sleep to beta wide-awake consciousness. After a few days, when the experience becomes commonplace, the reticular system doesn’t even bother to activate, and the resident sleeps through the night.

Mothers recognize their child’s cry even in a room full of children. The reticular system catches the familiar tones of the child’s voice, activating a beta state in the mother.

And most of us have heard someone call our name in a crowd, only to discover that the caller was trying to catch the attention of someone else with the same name. The reticular system activates a beta state at the recognition of the name, and de-activates for the brain to return to alpha mode once the mistake is obvious.

Newspaper readership increases with the addition of a photo, especially when it’s a picture of people. Why? Because the reticular activating system zeros in on other people to see if they’re familiar.

Familiar is only one of the conditions the reticular system watches for. It is also ready to draw our attention to unusual, problematic, or threatening conditions. Any of these which appear to be important or relevant activate a beta state. If the conscious mind dismisses this “false beta” as not relevant, the brain returns to a lowered state of consciousness.

Can we plant a reticular activator to trigger a beta mode state at a later time? Yes, we can.

Embed a specific sound and get your listener to recall a whole series of emotions. Law and Order’s “Doink Doink” sound when the next scene starts. The sound of Pac-Man wilting at the end of play. Duracell’s three tone logo. “You’ve got mail.”

Here’s an interesting fact: the effect of advertising is the greatest closest to the purchase. And if you think about it, that makes sense. Remember, a purchaser only buys when she feels the gap between what she has and what she wants. If she has an empty box of corn flakes, she’ll want more corn flakes. Once she’s become aware of her need for more flakes (by pouring the last of the old flakes from the box), she will also become more aware of corn flake advertising.

What a great time to present your message. Advertise your brand on television, send her a letter, or show her a point of purchase display. Give her a compelling reason to choose your brand while her reticular system is most likely to bring your message to her conscious attention.

But how can you predict when that metaphorical box of flakes will go empty? Unless your business is seasonal, you can’t. And that pretty much means you need a constant presence in the marketplace.

How Shoppers Use Media We read from left to right, from top to bottom. The eye is drawn first to photographs and headlines, seeking, finding, and sorting through the information on the page. The reader scans in alpha state for anything familiar, unusual, problematic, or threatening. When one of those conditions is noted, the reticular activator pulls the reader’s attention to the words or pictures, and in beta state, the conscious mind weighs the evidence.

It makes no difference whether the reader is considering news stories or advertising. If further examination reinforces the condition, the reader is engaged and stays in beta state. When the content has been read, the scan through the paper continues with the reader back in alpha mode, ignoring most of what he sees.

And though the consumption pattern may differ from left to right, top to bottom, this is how we use all media. People watching TV, listening to the radio, or driving past outdoor ads will switch from alpha to beta modes and back as the content triggers the reticular activating system, and is accepted or rejected by the conscious mind.

Your corn flake ad will scream for the attention of someone who’s out of corn flakes. The rest of the readers / listeners / viewers (those who don’t have an empty box, as well as those who just do not like corn flakes) will either note the ad and quickly return to alpha state, or ignore it all together.

Got it? You’ll never reach everyone with any ad. We don’t all run out of corn flakes at the same time.

Whether it’s corn flakes, or worms, we want to keep the bait relevant when we’re fishing for customers.