Without Story Appeal, your (branding) ad will likely end up ignored.

And the key to story appeal is the right kind of imbalance.

If those statements don’t make perfect sense, click the links to review the prior story-appeal articles.

If they do make sense, keep reading to find out why an imbalance involving attitude is so useful for bonding campaigns.

But let’s start with this: Attitude Imbalances convey values and tribal affiliations in addition to creating story appeal. And shared values and tribes are the life blood of bonding campaigns.

The other key insight is this: you can’t have attitude without a point of view. Take the justly famous Economist ads: The red background with white lettering is iconic to The Economist’s print and billboard ads.

So having the letters quote someone who never reads the magazine is the trouble or Imbalance that causes audiences to look closer.

Who is this guy?

But beyond that, there’s the attitude of the magazine itself which equates intelligence, savvy, and success with its publication.

If you’re someone who prides yourself on your intelligence and ambition, then this is your magazine.

In fact, most of these ads wouldn’t make sense for anyone who wasn’t willing to go along with the assumption that The Economist is de rigueur reading for the smart set.

And the attitude is “of course we can assume you know that. Everybody knows that. Duh!”

Here’s another example of an attitude imbalance for the purposes of customer bonding: Notice the Imbalance that speaks of values outside the norm. And the attitude is “of course you think that way — you’re one of us! Now come get your camera.”

And notice that these attitude imbalances generally have to be conveyed with copy rather than pure imagery.

More Examples of Attitude-Imbalance used to Bond Over Shared Values

Here are a few more examples of ads with great attitude that convey values and brand character for the purposes of customer bonding: 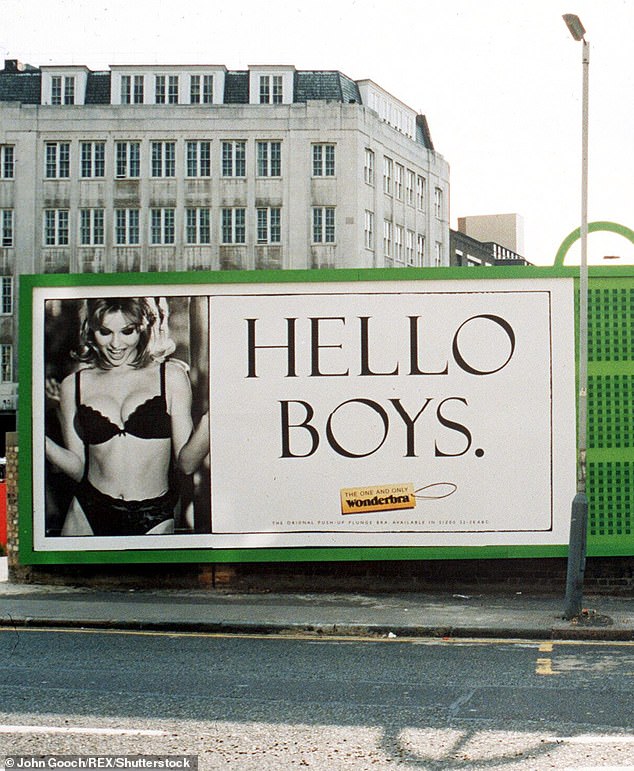 But one of my favorite Attitude-inspired ad campaigns, that usually doesn’t get credit for that aspect of the campaign, is Wonderbra’s.

That billboard was criticized for causing traffic accidents and for being too provocative.

And I won’t argue that it’s not, but it’s also illustrative of an attitude towards sexuality that is tribally affiliated with, say, Helen Gurley Brown rather than Betty Friedan.

The ad is far more interesting for its unabashed attitude than for its use of Eva Herzigova’s modeling talents.

Just check out the rest of the campaign: Obviously it’s an Attitude that’s 180 degrees out from The Economist’s. And that’s not only OK, that’s fantastic. So much so, in fact, that they could spoof on it: Moving From Print to Radio and TV

But what does this have to do with Radio ads?

Well, attitude is even more easily conveyed through voice and sound effects and dramatizations than print and dry copy.

And since bonding is all about shared values, story-appeal through attitude imbalance becomes the name of the game.

Just check out this unconventional Rolex ad by Roy Williams:

The listener involvement and story telling are fantastic. But the key element for bonding was the expression of attitude.

“Life here is very simple, you live or you die. No compromises. No whining. No second chances… where every ragged breath is an accomplishment… Yesterday it was considered unbeatable — but that was yesterday.”

When listeners drove to Justice Jewelers to buy their Rolex, it wasn’t because the watch was so wonderful, but because they shared this attitude towards life and success.

But let’s bring this back to Story Appeal and grabbing attention.

The standard Wizard Advice for grabbing attention in a radio or TV ad is to make sure your ads First Mental Image (FMI) is captivating.

And I would assert to you that speaking to the audience with Attitude is at least one key to injecting your FMI with attention-grabbing story-appeal.

You just have to make sure your attitude has enough imbalance to it that it creates story appeal. That your Point of View isn’t the usual POV.

Here’s a great example of bland FMI’s without story-appeal transformed into FMI’s with tons of attitude and attention-grabbing story appeal that I snagged from an old Monday Morning Memo:

Typical: McMorris Ford is having a Clearance Event!
Unusual: We want to get rid of this new truck even more than you want to own it.

Typical: Save up to 70 percent at Neederman Optical!
Unusual: New eyeglasses cost like stink. You know it. We know it, too.

Typical: Juanita’s Mexican Café at the corner of Fifth and Madison serves authentic Mexican Food from 8AM till 8PM daily.
Unusual: So you think you’ve had Mexican food, heh, Gringo?

Most radio ads suck because they use a sterilized announcer, who says bland announcer-like things or yells and sells with hype.  In both cases, the ads are utterly absent of any genuine attitude or anything even vaguely resembling story appeal.

When it comes to creating instant attitude and story appeal, few things work better than personification.

When you make your product into a character, it’s easy to give that character the right attitude and to dramatize his or her tribal affiliations.

Apple’s “I’m a Mac” campaign is a perfect example of this:

Note how dramatizing what you stand against through personification works wonders, too

Taking it to the Next Level with Magical Realism

And if you really want to amp up your attitude-imbalance and story appeal, inject some magical realism into the mix.

Just calmly include and assert the magical and over the top as a part of the reality of your campaign’s “world.”

Dos Equis did and they never experienced such an incredible sales increase as when The Most Interesting Man In the World was hawking their products:

People who see the world the way you see the world — who believe what you believe — will want to buy from you rather than the competition.

But they won’t believe that you share their perspective and beliefs unless you express those values through the right Attitude-Imbalance.

The good news: if you nail that attitude-imbalance, you can build an empire of like minded customers.

Want to get started building your own empire of customers? I’d be happy to help.